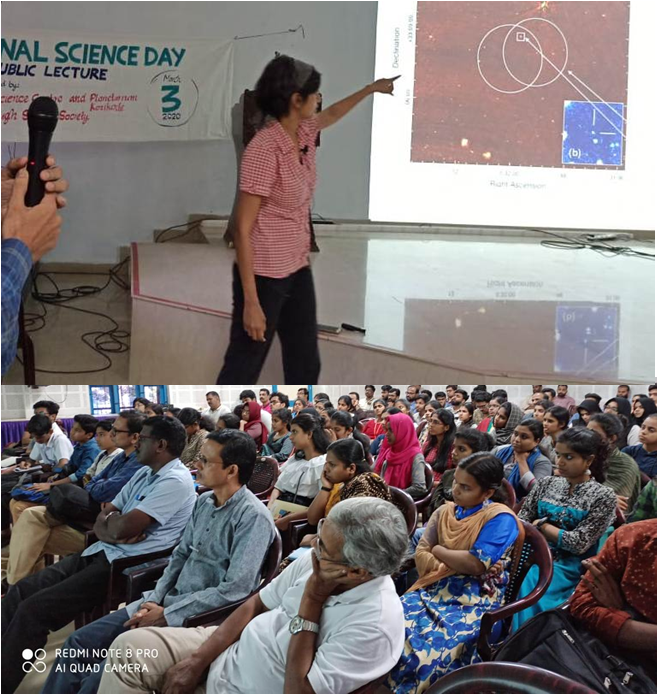 BSS Kerala chapter organised extensive programs in almost all the districts in the state to observe the National Science Day. Reports from different districts follow.

Feb 28: Dr Sarita Vig, Dept of Earth Sciences, IIST, Trivandrum gave a talk on “Role of women in understanding the fundamental properties of stars” at the Science day program jointly organised by the Dept of Geology, Kerala University and BSS.

Feb 21: A ppt presentation depicting the contributions and life struggles of great scientists in the world and particularly the women scientists from India and abroad was  made at the MT Seminary school Kottayam. Bhadra Gopi and P G Sasikumar conducted the program.

Feb 26:  BSS and the Dept. of Physics, KE College Mannanam organised a discussion on the importance of the science day and the contributions and life struggles of scientists, particularly the women scientists from India at Govt, HSS, Arppookara.