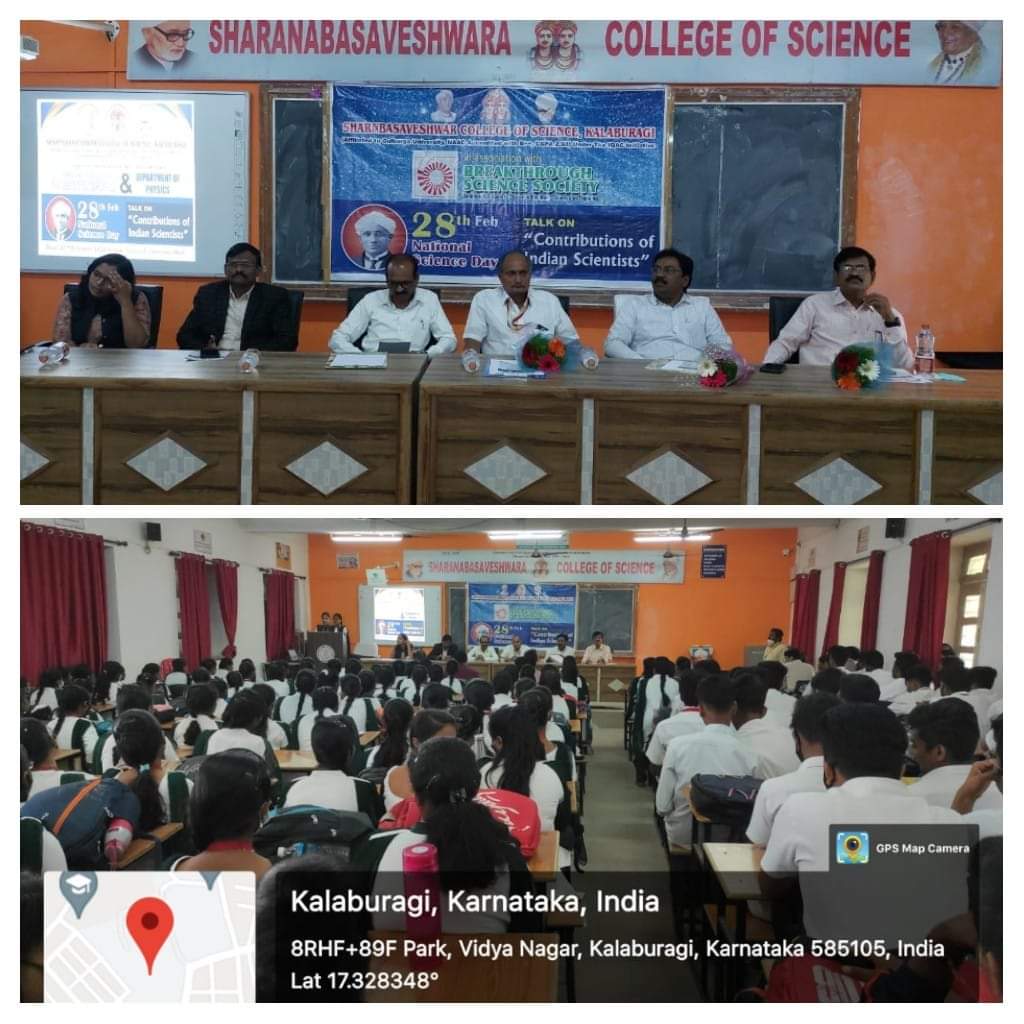 A state level webinar on “Future of science and research in India” was organized on 27 February and was streamed live on BSS Karnataka FB page.

“Interact with a scientist” session was held online on 26 February at Vidyaniketan Public School (This school has taken affiliation with BSS for the academic year 21-22). The session was conducted by Dr.R Venkatesan. Students of class 7 and 8 who participated in the program also demonstrated experiments on light.

A talk on ‘Contributions of Indian scientists’ was held in SB degree college, Gulbarga on 27 February. The speaker was Prof Ramesh Londankar. More than 200 students participated in the program.

A miracle-busting show and an interactive session with students on the topic ‘Science and scientific temper’ was held on 28 Feb at Sharadavilas B.Ed college, Mysore.

A discussion on the life of Sir C V Raman and scientific temper was held in University Public School on 28 February. Indu Ravi and Srikanth conducted the discussion among the NSS cadets of the school.